Goma, DR Congo. A few years ago, Amina’s mother couldn’t afford a “normal“ school for her only daughter. So she took her to a school for deaf children even though Amina could hear perfectly well. That day Amina’s life changed forever. Amina learned the sign language and a few years later, in 2018, she started to coach Goma’s first basketball team of deaf people. They train everyday. Very hard. And they dream big. One day they wish to participate in international competitions. This film tells the story of Amina and her team: a group of young people for whom basketball is an escape route from the “noise” of the city of Goma, the third largest city in DR Congo. 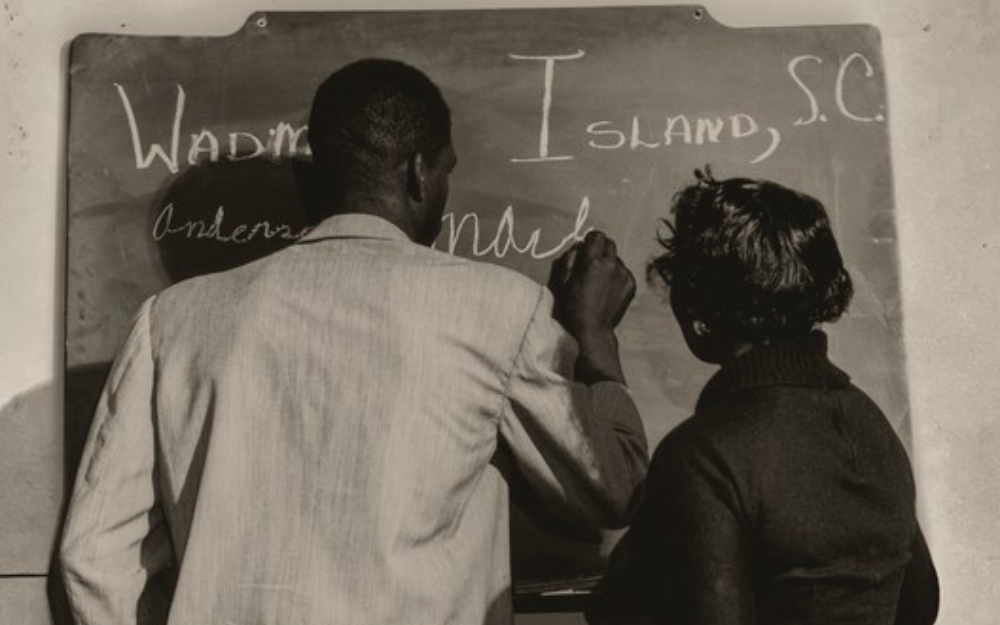 Bernice Robinson, a beautician from South Carolina, was the first teacher in the Citizenship Education Schools that taught literacy in order to pass voter registration requirements in the South during the mid-1950s and 1960s. She taught adults to read and write as part of Citizenship, understanding that registering to vote and engaging people in the issues that affect their lives was a key step toward changing the system. This helped to set the stage for the Civil Rights Movement of the 1960s. 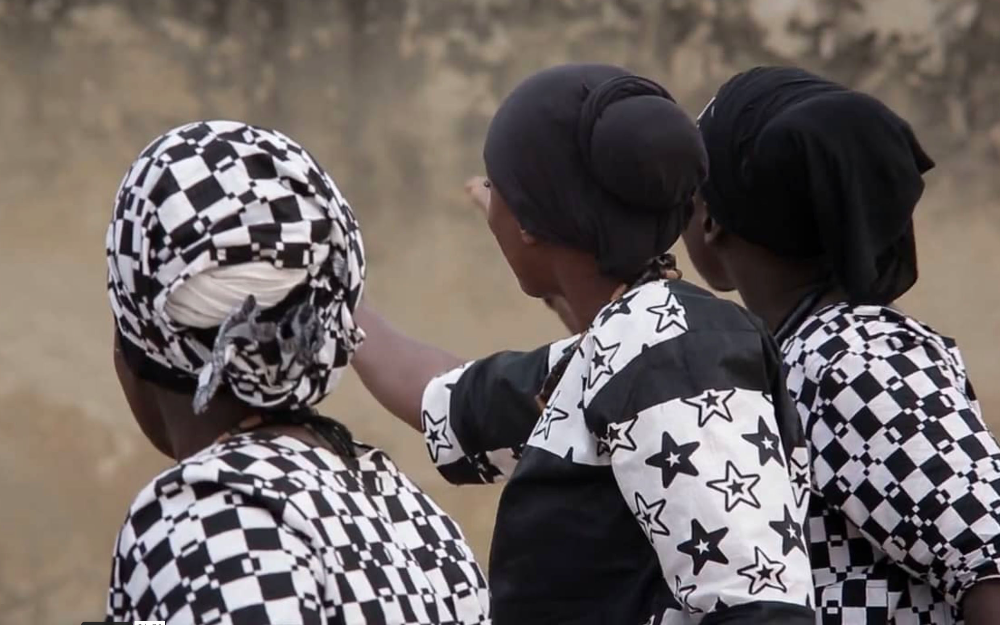 Bamba, The Taste of Knowledge explores the use of theater as a tool for disseminating Sufi stories and knowledge in the West African country of Senegal. The film follows the work of theater professionals who take the stage to enact the life of Senegalese Sufi saint Cheikh Amadou Bamba. It considers the fine line they must walk between staging religious narratives and respecting norms of representation when dealing with the image and story of a beloved national hero. Through interviews and performance footage, we meet stage artists with a cosmopolitan outlook on their craft. We also discover a vibrant Sufi culture with roots in local West African customs and a global view of Islam in today’s world. 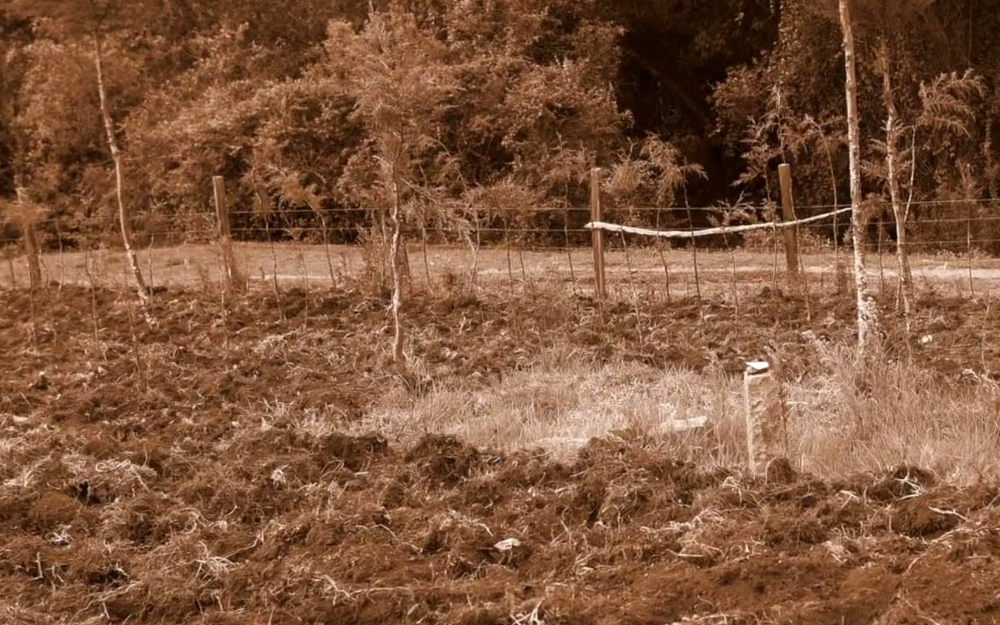 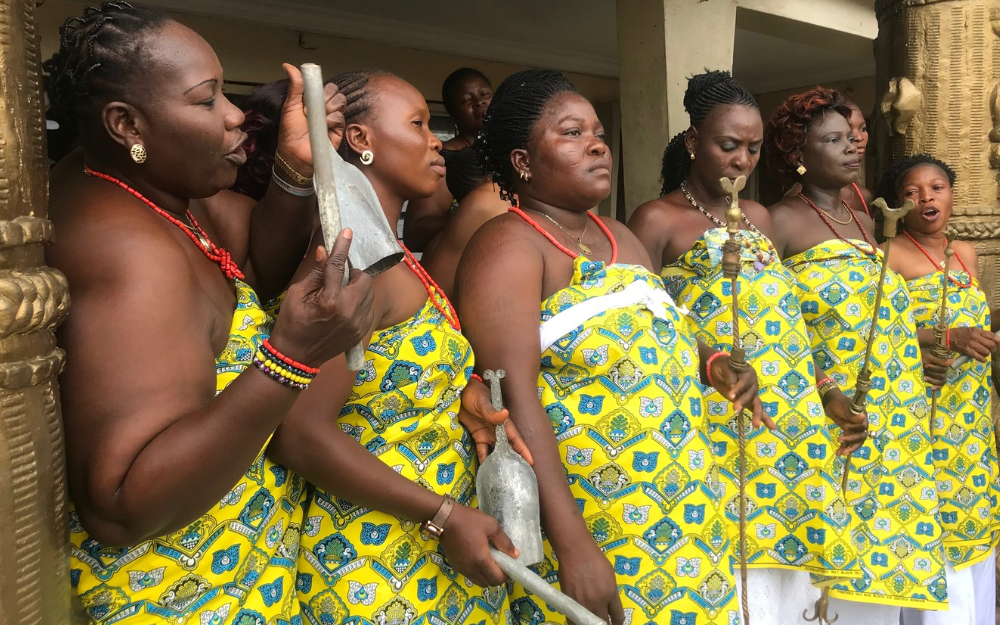 'Badagry: the Joy of Return' features a visit to the ancient city on the Atlantic Coast of Lagos State, by a multicultural group from Diaspora led by Hon. Abike Dabiri - under the auspices of the Africa Door of Return Experience Initiative (ADORE). Their goal: to retrace the steps of the ancestors who were captured in the region and shipped to the Americas to be sold as slaves. But also to bring a message of solidarity and hope for a brighter future to the local community. 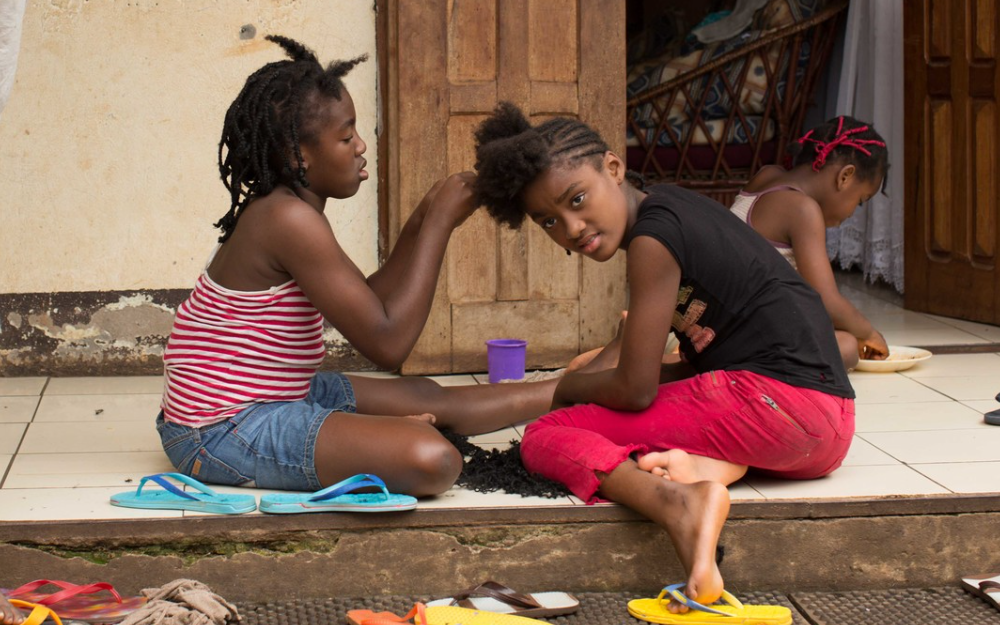 Prince of Paris is a film about a father and daughter separated from each other by migration. It follows closely Issah, an undocumented migrant, on his journey deeper into Europe, but its focus is on those left behind. Princesse, the film's 9-year old narrator, Issah's daughter leads us to her world, allowing us a glimpse of the modern exodus seen through the eyes of a young girl. How does Princesse understand her father's decision to leave in order to secure a better future for her? 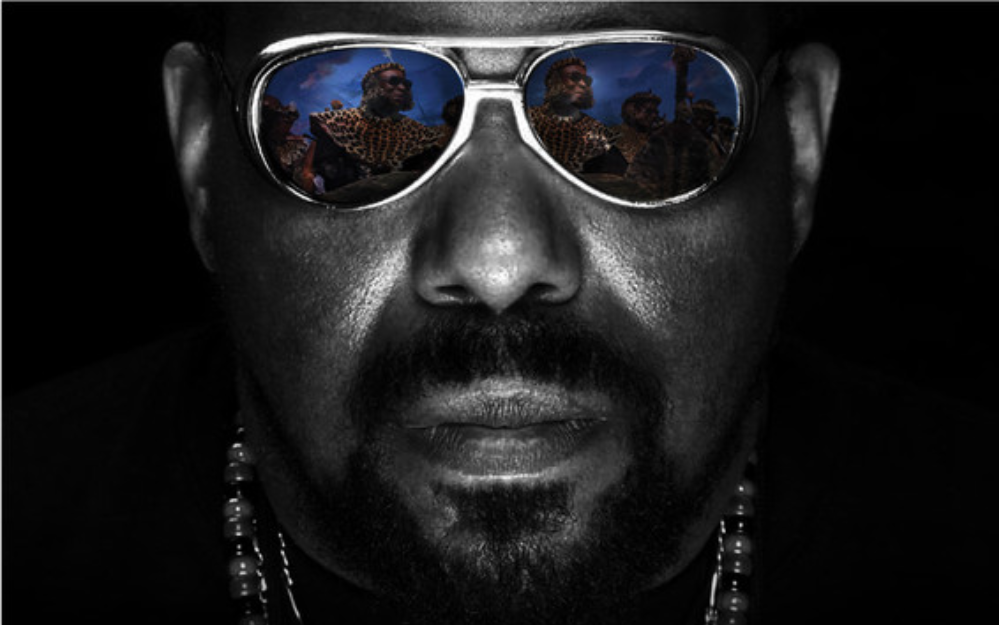 In this Internet era, what happens to an iconic DJ when, at the height of his celebrity, he is made to fall from grace? What does he do when he is accused of a gross violation but can never face his accuser before a court of law to defend himself? 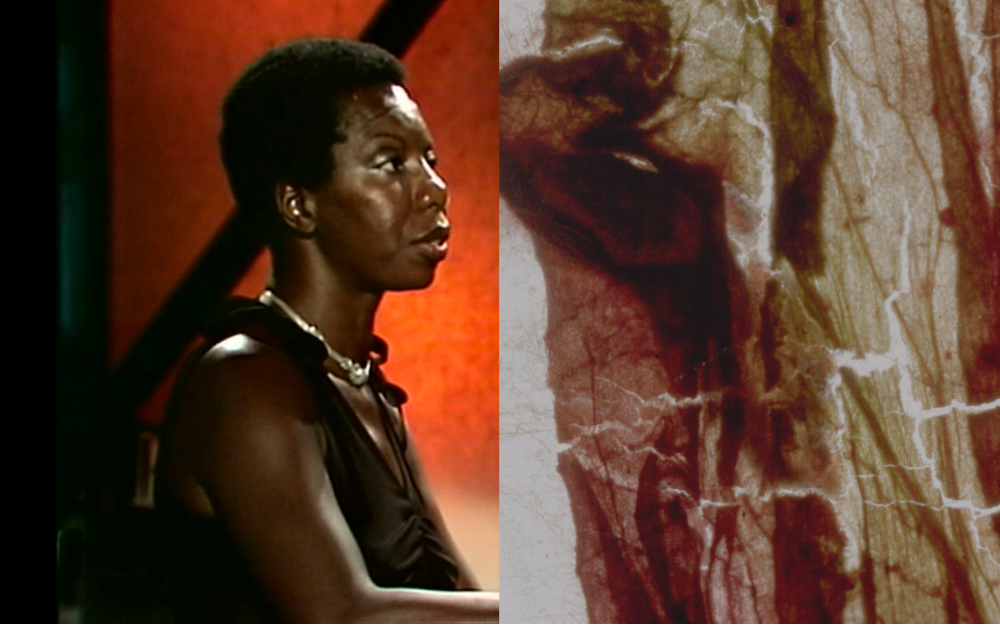 Filmed on location in Harlem, USA and in Claude Monet’s historic gardens in Giverny, France, The Giverny Document is an experimental, multi-textured cinematic poem that meditates on the safety and bodily autonomy of Black women. Filmmaker Ja’Tovia Gary unleashes an arsenal of techniques and materials including direct animation on archival 16mm film, woman on the street interviews, and montage editing techniques to explore the creative virtuosity of Black femme performance while interrogating the histories of those bodies and lives as spaces of forced labor and commodified production. 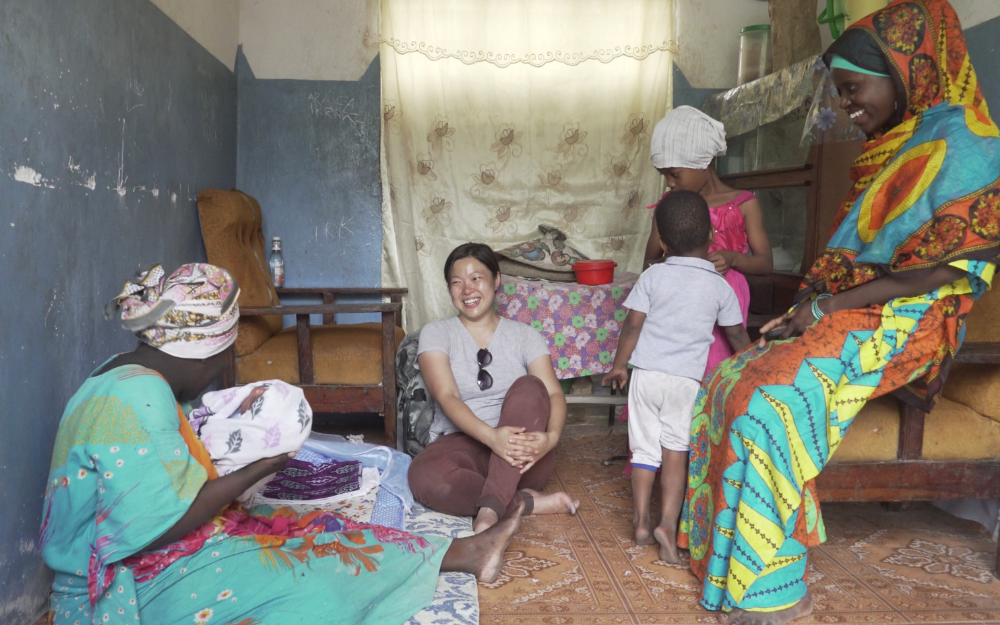 Out of the 7.3 million people in Hong Kong, more than ninety percent of the population are made up of Chinese people. But in recent years, more and more Africans have settled down in Hong Kong. Local people may wonder why did they end up coming here? What is their purpose? At the same time, some Hong Kong natives have been gradually developing a keen interest in African culture. How exactly do these two groups of people who could not be more far removed from each other successfully interact? Featuring a man from Africa and three Hong Kong women in different life stages. Through them, we can get to experience this long-distance interactive journey of different skin colors and races. 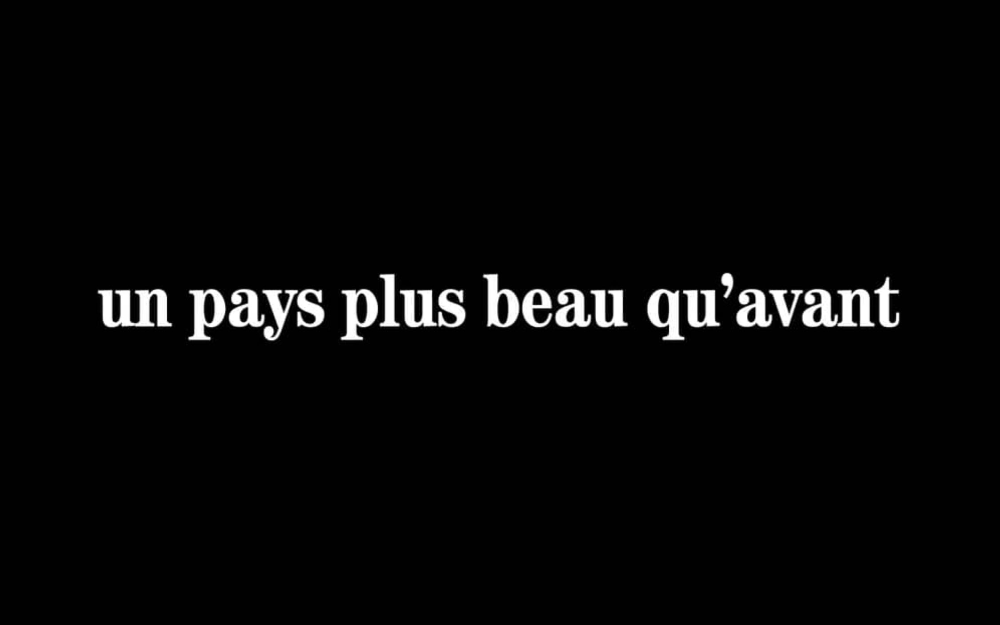 UN PAYS PLUS BEAU QU’AVANT is a documentary film about a Congolese businessman in Brussels, whose wanderings reveal the political and humanitarian urgency that animates the diaspora faced with the situation in Congo today and colonial history. 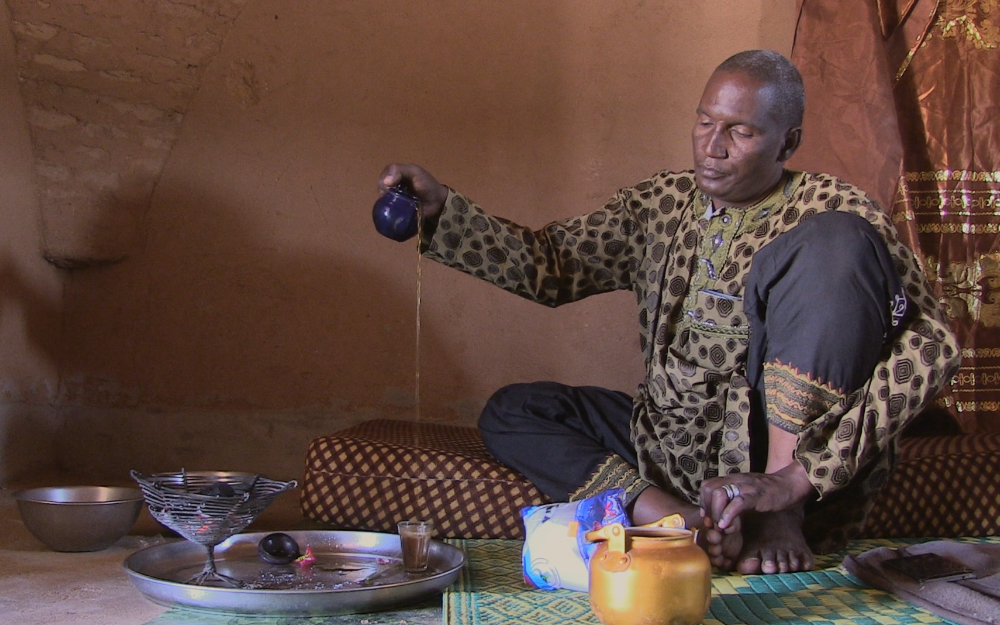 In Agadez, a city of Niger on the outskirts of the Sahara, migrants on the road to Europe cross paths with others who fled Libya or have been expelled from Algeria. We spent several days with them as well as with a smuggler. They told us about their hopes, their dreams, their difficulties. Sometimes they play, they cook or they dance: they are human beings. 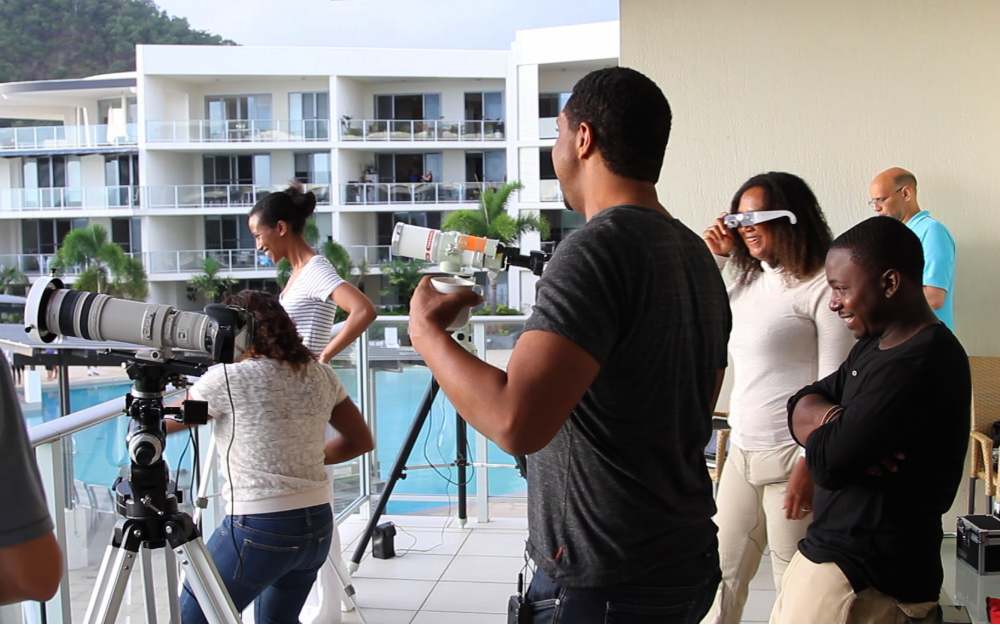 Two African-American astrophysicists travel across three continents, praying for clear skies and hoping to capture the elusive, magical moment of totality during a total eclipse. Just in time for the August 21, 2017 Great American Eclipse, comes the documentary: 'Black Suns: An Astrophysics Adventure.' 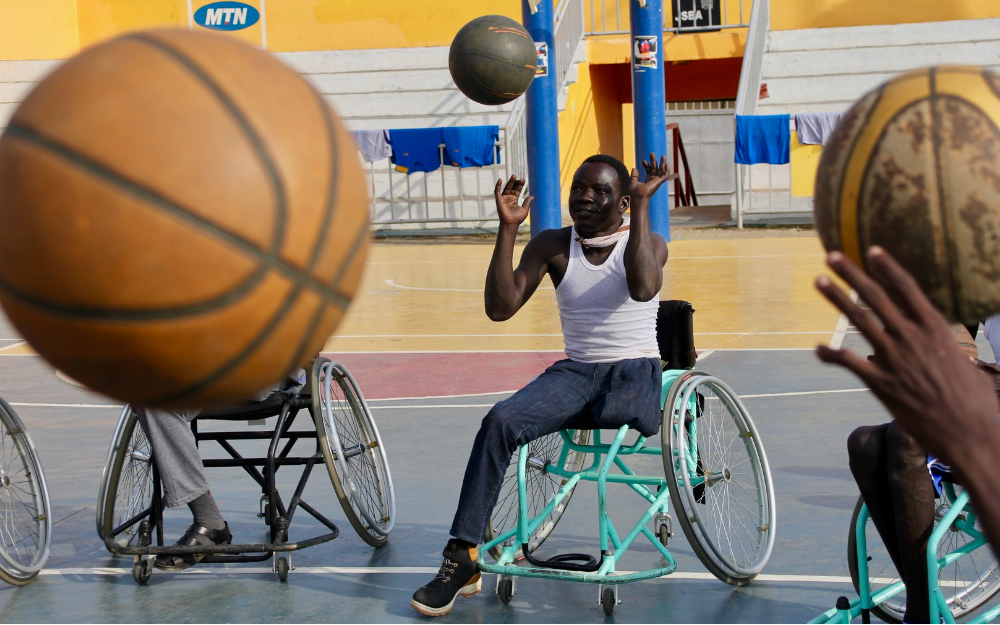 Malat Wei was a young child when his family was forced to flee South Sudan, shortly after he contracted polio and lost the use of his legs. Though he grew up in an Ethiopian refugee camp, he fell in love with sports, spending his long days at the camp playing soccer with his able-bodied friends. Malat would use only his hands to navigate the dusty pitch. At age 12, his family was resettled as refugees in Texas where a few years later he was introduced to wheelchair basketball by a member of his church. He was immediately hooked. Now 25, he plays university-level wheelchair basketball in Arizona, after a successful stint playing professionally in France from 2015-2016. Jess Markt is from Denver, Colorado. At age 19, he was in a car accident that left him paralyzed from the chest down. Previously a college track-and-field star, wheelchair basketball was a major factor in Jess’ recovery, both physically and mentally. He now serves as the International Committee of the Red Cross’ (ICRC) Diversity, Inclusion and Sports Advisor and coaches disabled athletes in war zones, including Afghanistan, South Sudan and the Gaza Strip.

Goma, DR Congo. A few years ago, Amina’s mother couldn’t afford a “normal“ school for her only daughter. So she took her to a school for deaf children even though Amina could hear perfectly well. That day Amina’s life changed forever. Amina learned the sign language and a few years later, in 2018, she started to coach Goma’s first basketball team of deaf people. They train everyday. Very hard. And they dream big. One day they wish to participate in international competitions. This film tells the story of Amina and her team: a group of young people for whom basketball is an escape route from the “noise” of the city of Goma, the third largest city in DR Congo. 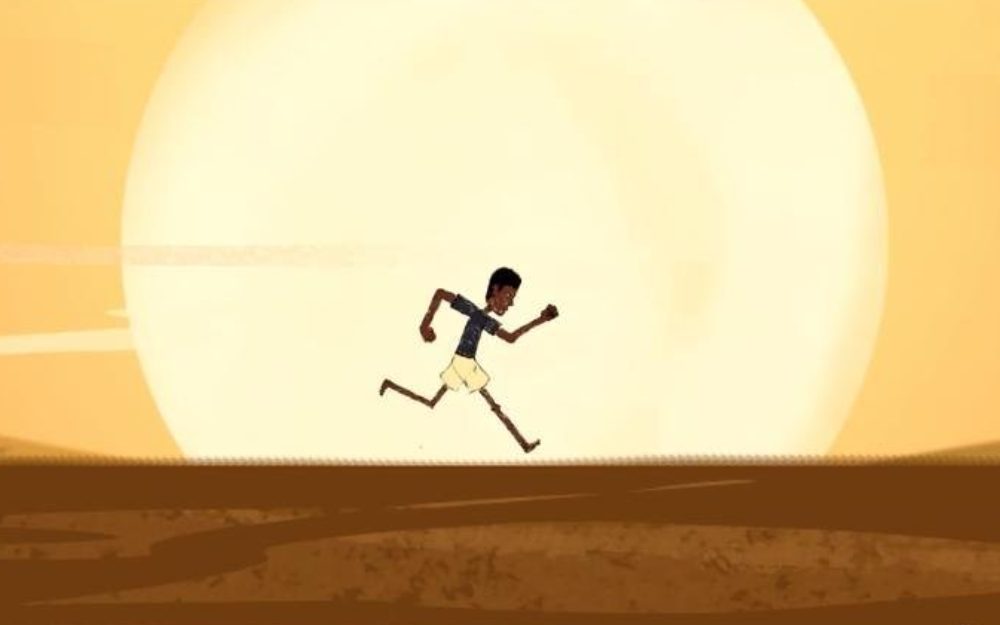 Prior to his migration to Australia, Congolese playwright Future D. Fidel witnessed the deaths of both his parents and narrowly avoided being massacred alongside other villagers by rebel soldiers. His debut play and novel, Prize Fighter, draws on several of his experiences while using a boxing ring as a metaphor for his character Isa’s struggles with violence. The play has become a hit around Australia and for the La Boite Theatre Company. By detailing his story, Future is able to provide an example of how works of art and entertainment can be powerful tools of self-expression. 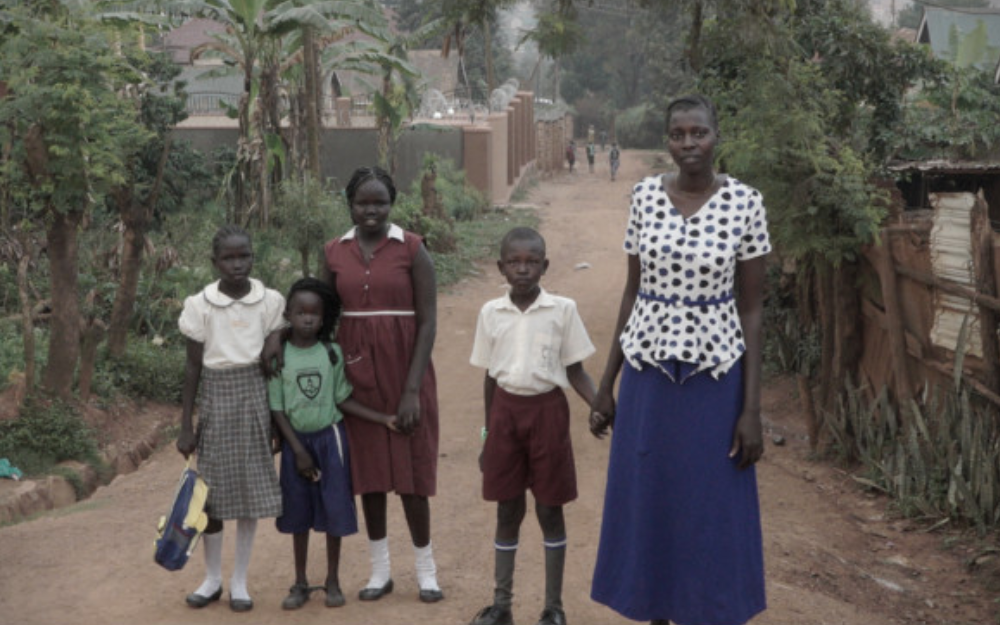 A short documentary that follows one refugee on her search to find her missing family members while taking a journey through her troubled past. 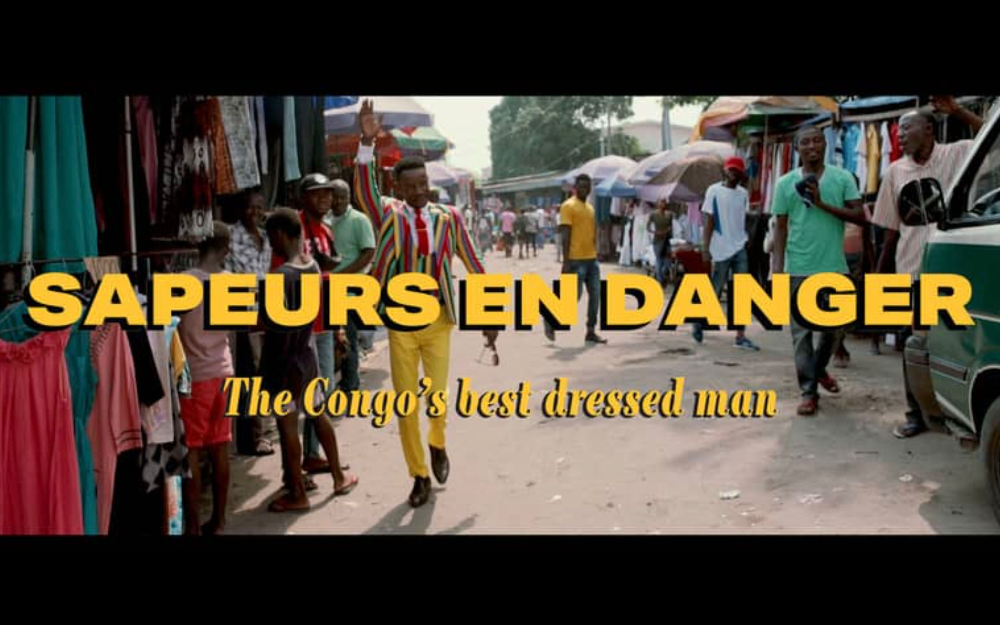 Following the life of Maxime Pivot, the Congo's best dressed man, as he tries to teach the youth of Brazzaville how to dress impeccably, without destroying their lives or culture. 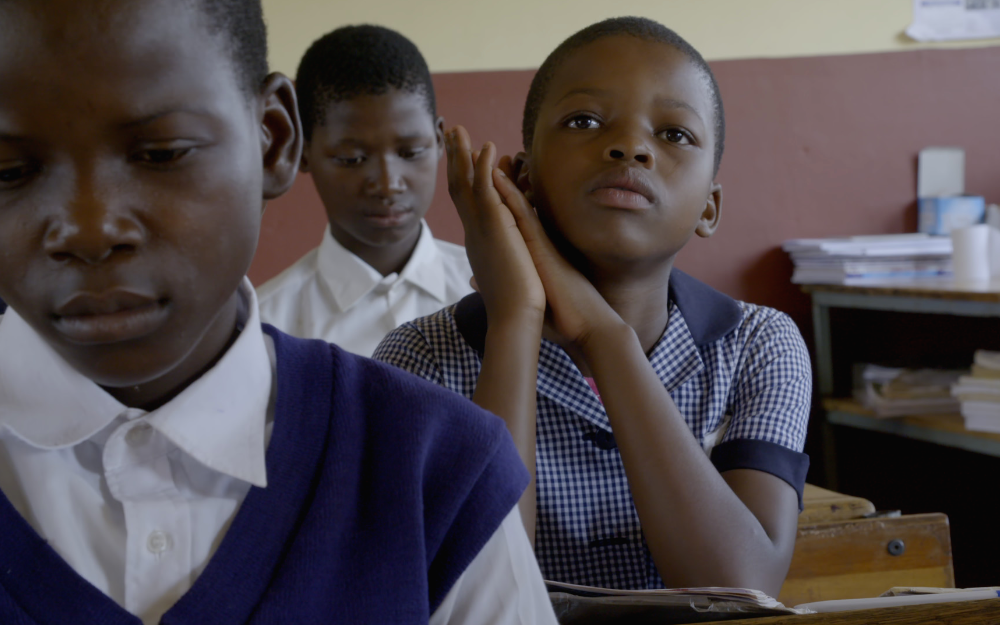 Life in Mandela's South Africa has been an unrelenting struggle between utopian hope - and painful reality. Three school students, aided by their teachers, want to join the success story this country was meant to become, post-Apartheid. They strive for recognition, dream of their place within a society, meant to work for all. Their dissimilar backgrounds and battles illustrate why Mandela's vision never materialised and is still, a haunting and illusive rainbow. These are no fairy tales; only honest stories of real lives inside an unfair, two tier system that needs a drastic change. Their backgrounds still reflect the deep inequalities of the past, but woven into their lives is a common thread: the guts to achieve, regardless of the situation. Who will prosper, despite a broken education system and who will fail because of it, where half a nation’s youth are unemployed? And why? This is a moving, contrasting and conflicted study of epic challenges facing the “born free” children of Mandela. 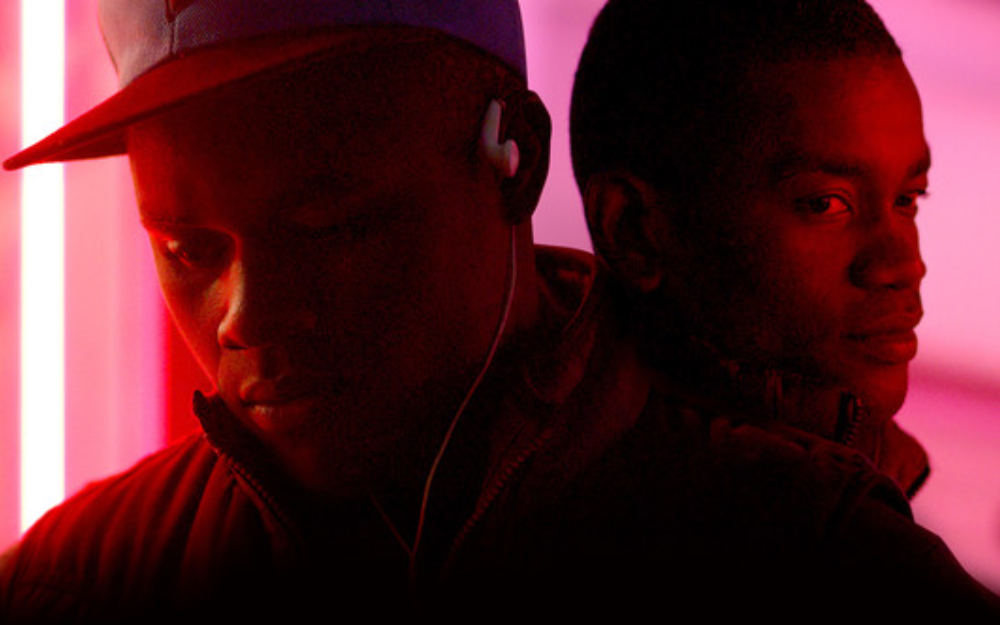 Two Haitian migrants find themselves stranded at the US-Mexico border, strangers in a strange land. With no way forward and no one to depend on but each other, difficult choices lead the two friends towards very different futures. Lyrical and patient, with a careful eye for cultural and linguistic detail, this is a film about longing for a place to fit in, longing for a stable life, for connection and companionship. It isn’t about crossing borders; it’s about how it feels when you can’t get across. It’s about what happens when you end up in a totally unexpected place. When you have to start over. 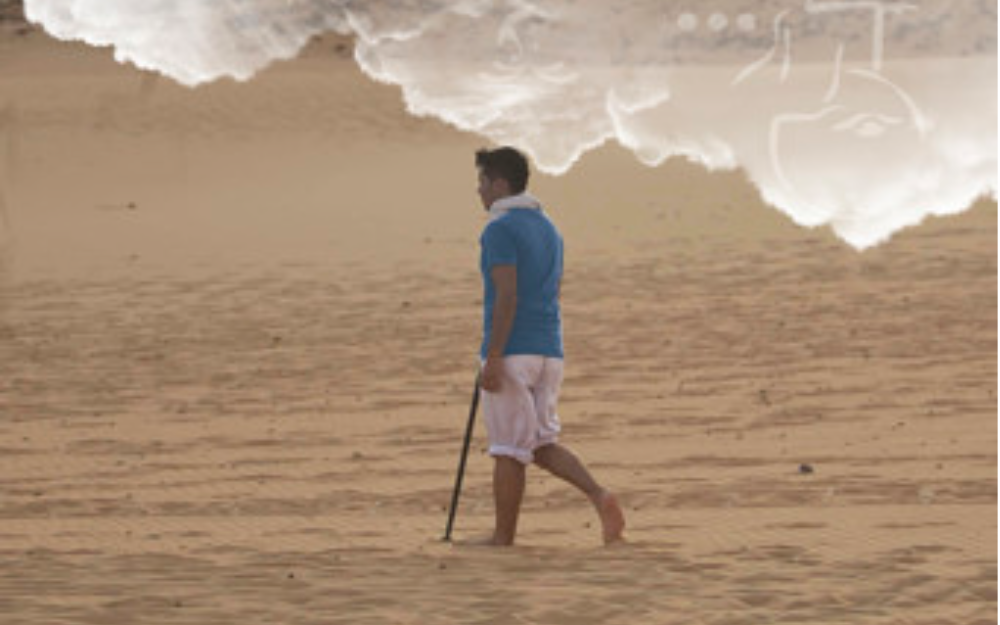 THE REMEMBERER, tells the story of Matías De Stefano, an Indigo child who was born in Venado Tuerto, Argentina in 1987. From the moment of his birth he has the ability to remember everything he has done before birth and can understand, in a simple way , how the Universe works. His memories take him to travel the world and share what he knows with thousands of people. His trips help him discover his purpose in life and fulfill a mission that he could not complete thousands of years ago. Matias is taking us on a journey through his memories to show us humanity’s lost story. 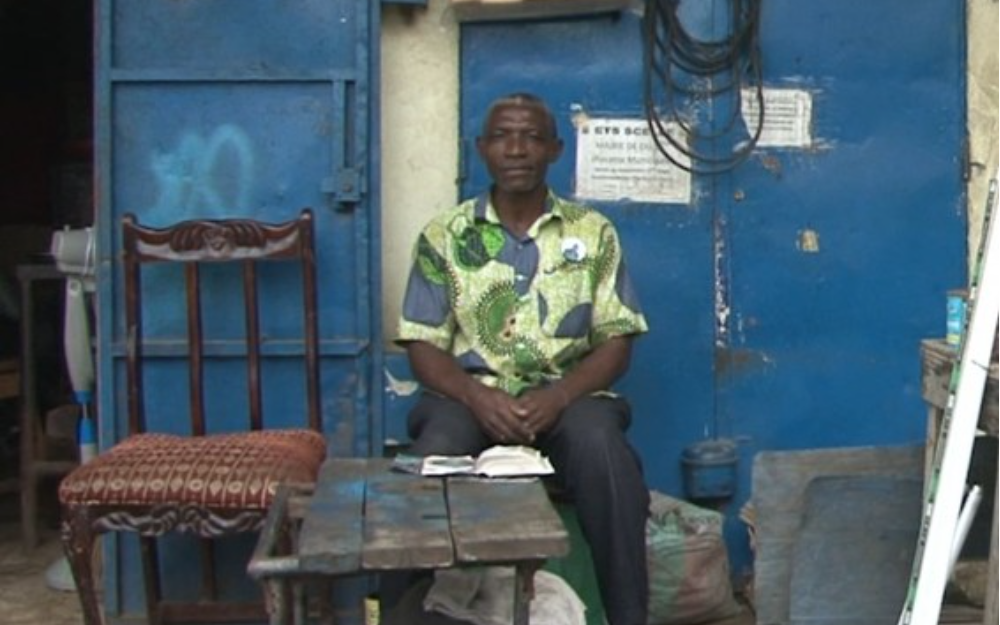 Back home after several years in exile, Stéphane, Léo, Boye Gaye and Cheikh break their silence to speak for the first time about their journey through the West. They discuss the reasons for their return, as well as their incomprehension regarding the many Africans who still attempt to migrate to Europe at the risk of their life. Their testimony resounds with the story of Guy Roméo, a young Cameroonian who risked everything to attempt to meet up with his idol in France, the rap artist Mac Tyer. 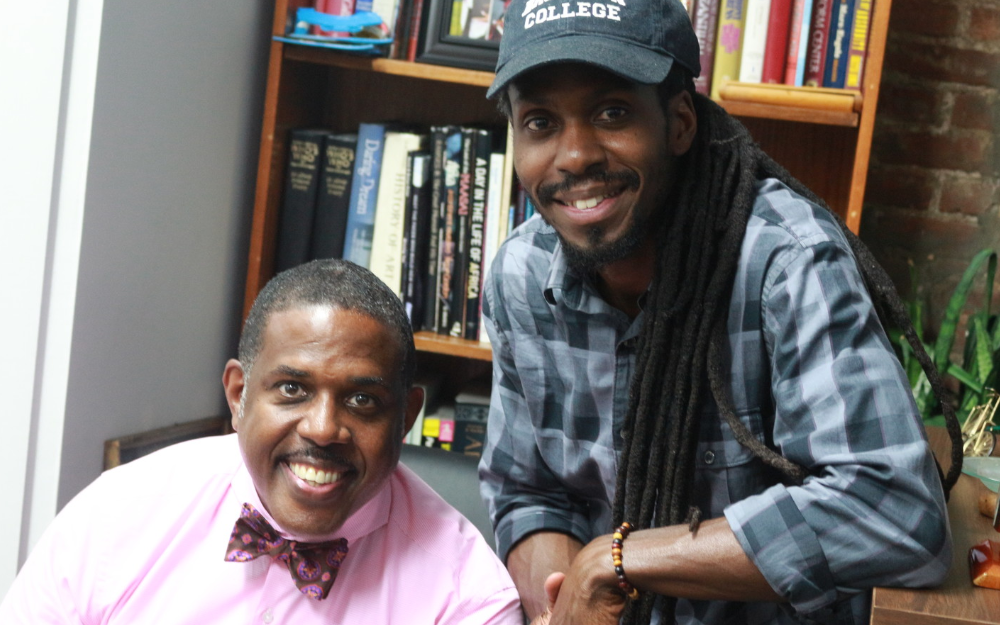 The premise of the documentary is to chronicle my DNA results to find out my ethnic African ancestry and use the DNA results to decide on a permanent surname/last name change or hyphenate my new surname choice with my current surname which is of European origin. The English/Germanic surname of BURGE. With my DNA test results, I plan to seek dual citizenship to the country and ethnic group where my results are found.