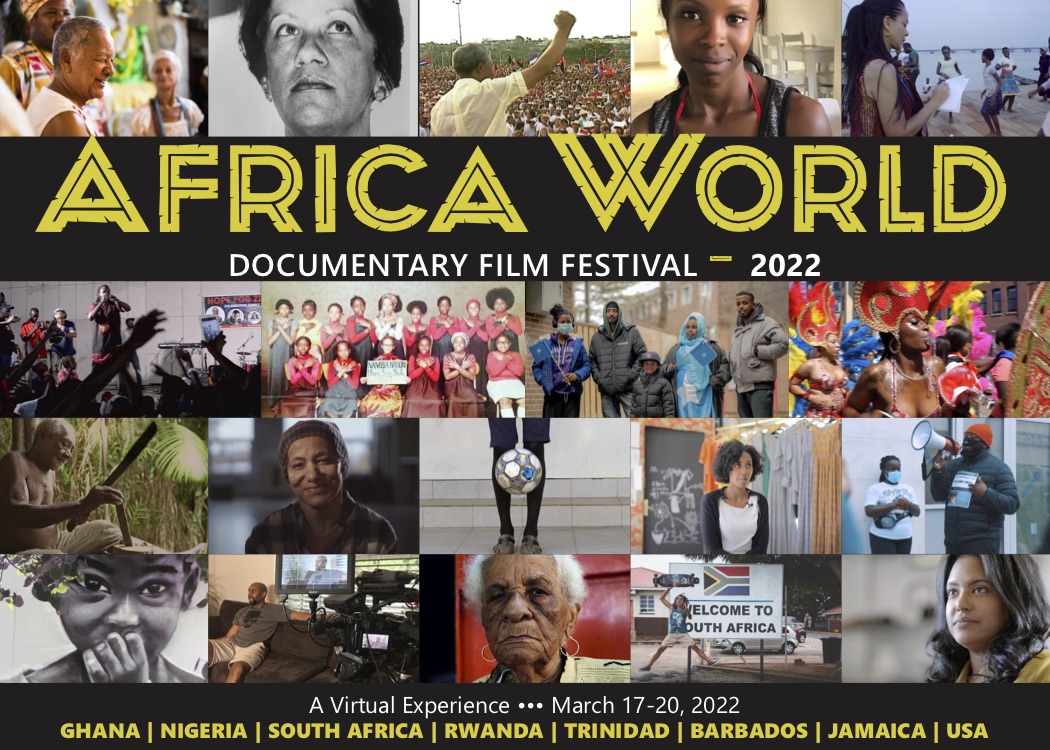 I am The Executive Producer of a short film that was produced in Kenya about the criminal incest problem that is taking place there in most families. The film release is accompanied with the book that details one experience that is the foundation of our production . 'A Tear' is the title of the film that runs 35minutes. We own the rights of release from all parties involved.

The story of a forgotten people. The story of a people deleted from the world map. The story of a deported people. Uprooted. From 1967 to 1973, in the midst of the Cold War, the Bancoult family and nearly 2,000 other Chagossians were taken from their archipelago, in the Indian Ocean, by Great Britain and the United States. The latter set up one of their most important military bases on the main island, Diego Garcia. It is from Diego Garcia that the B52s leave for the Middle East. The control of the Asian countries is carried out from Diego Garcia. Uprooted, but not resigned, Rita Bancoult, the matriarch, and her children Olivier, Ivo and Mimose have chosen to fight against this injustice and the drama that is affecting their people. This is their story.

When Othmane Zolati left his Moroccan home in El Jadida at 20, he’d never known anything else. He dreamed of reaching the southernmost tip of Africa. He faced deserts, armed conflicts, malaria, breakdowns, arrests and hunger, in order to travel, explore, adventure, learn, bond and grow. 1398 days and 24 countries later, he returns home, a changed man.

The dramatic untold story of 420,000 Cubans– soldiers and teachers, doctors and nurses– who gave everything to end colonial rule and apartheid in Southern Africa.

GENARO TORRES: The Legacy of the Great Marimbero

Guapi, Cauca welcomes us to meet the great Genaro Torres, traditional musician and maker of marimbas. From his home in the Sansón village, between anecdotes and laughter, he shares his ancestral knowledge, while assuring us that he will be there to receive and listen to whoever seeks him.

An introspection on the notion of fear in Afro-descendant communities; is it palpable? How to face it? Perhaps knowing oneself, one another, knowing our heritage and environment, would enrich the deepening, coexistence and advancement of all.

Inner Sections : Addis Ababa explores and documents the creative culture and ecosystem in the East African city through the lens of seven creatives.

A cross-generational story of family, faith, culture and music carrying important lessons about the contextualization of Christian faith in African cultures, drawing on primal elements in local pre-Christian culture.

Mending a Crack in the Sky

Shamso Mohamoud and Shamso Elmi both lost their sons to violence and watched their alleged killers walk free without so much as a legal prosecution. Now, the two Somali-Canadian mothers have organized a group "Mending a Crack in the Sky" to collectively combat gun violence and hardship while facing cultural and racial barriers.

Every summer, millions of Caribbean people in North America get together in huge carnival celebrations marking freedom, creative expression, and tradition. Festively-costumed dancers move and jump to the percussive sounds of soca on carnival day. But it's groups of visionaries, organizers, craftspeople, and DJs - working for months in their mas' camps - who make the carnival displays happen. More Than Mas' takes you back to the weeks before Boston's Caribbean Carnival. This is when costume designer Rudy and his group prepare for the King & Queen showcase, one of the events leading up to carnival day. Sequined mannequins and fantastical shapes stand in the backdrop of Rudy's makeshift workshop. In contrast to the spirited jubilation of carnival, mas' camp work is sometimes weary and often repetitive. The documentary moves through the different parts of costume-making, introducing characters in Rudy's band who play vital roles in the whole process of "making mas'." Band members Rudy, Iona, Junior, and Shawn explain what motivates them to do this work year after year. We come to understand that it's about more than carnival, more than mas'. Fusing creativity, pleasure, and craftsmanship, along with arduous and tedious work, Rudy and members of his band labor to build community, maintain traditions, and garner respect.

In the fishing village of Makoko, the largest slum on water in Nigeria, Mrs F. wants to unite women and perform the play called "Hear Word"; a women empowerment project about gender inequality based on true stories to get women out of their oppressed position, to convince them to speak up and encourage them to connect. But even before she can start, she must overcome the unruly gatekeepers of patriarchy and religion.

Murder in Paris is a political crime thriller doccie that traces the motives for the assassination of anti-Apartheid activist, Dulcie September. The story travels from the heart of Paris in March 1988 to the pursuit of justice in 2021.

"SHEROD" is a story about finding oneself and starting over. In this short documentary, Sherod "Sha Stimuli" Williams discusses his journey of self discovery from hip-hop artist to husband and father while navigating the business side of music, relationships and love.

Tahriib (Those Who Travel North)

Tahriib uses the extraordinary power of storytelling to slip away the mask of anonymity shrouding the 1.8 million refugees who’ve entered Europe since 2014. Through their own words and in their own voice, refugees detail their previous lives, dangerous journeys, and attempts to integrate into Western culture, their unique narrative serving to emphasize our shared human experience. Each interviewee tells a story that takes them from fear and initial hope, through physical, mental, and emotional devastation along the way, ending with relief at having survived the trip, trepidation at taking on the challenges of integration, and a renewed sense of hope for the future.

The Race Against Race

What started out as a passion project about Nattalyee's weight loss journey has now unfolded into a social justice movement. Watch as she leads a 50 Mile Protest Run For Justice in NYC to lift up 50 black and brown lives that have been lost to police brutality.

The Rise of the Plastic Sandal

Let's give the plastic sandal the place it deserves in the Pantheon of Mankind’s shoes! Because if no one has forgotten the ordeal she puts us through every summer, who among us knows her true story? Who has ever looked into the unusual destiny of this plastic pearl invented by accident? Who remembers that she experienced exile, deprivation and wars? Who is aware that she embodied a societal ideal and the promise of a better world? Who could have imagined that she would turn the greatest pages of the 20th century history one by one until she became the icon of a whole people!

The Sun Rises in The East

The Sun Rises in The East chronicles the birth, rise and legacy of The East, a pan-African cultural organization founded in 1969 by teens and young adults in Bedford-Stuyvesant, Brooklyn. Led by educator and activist Jitu Weusi, The East embodied Black self-determination, building dozens of institutions, including its own African-centered school, food co-op, newsmagazine, publisher, record label, restaurant, clothing shop and bookstore. The organization hosted world-famous jazz musicians and poets at its highly sought-after performance venue, and it served as an epicenter for political contemporaries such as the Black Panther Party, the Young Lords and the Congress of Afrikan People, as well as comrades across Africa and the Caribbean. In effect, The East built an independent Black nation in the heart of Central Brooklyn. The Sun Rises in The East is the first feature-length documentary to explore this inspiring story. The film also examines challenges that led to the organization’s eventual dissolution, including its gender politics, financial struggles and government surveillance. Featuring interviews with leaders of The East, historians and people who grew up in the organization as children, The Sun Rises in The East delivers an exhilarating and compelling vision for today’s movement for racial justice, showing just how much is possible.

The spirit world around you takes place much more through the third eye than through the physical ones. To Luiz’s eyes, that which is invisible is not invisible thanks to his spiritual sensitivity.

In the town of Zinder in Niger, in the poor area of Kara-Kara which used to be the lepers’ district, a culture of gang violence reigns. A group of youths is trying to break free from this violence, some are trying to start a family and make a life for themselves rather than end up in prison. Aicha Macky, who comes from Zinder, films their daily lives divided between their gangs and their families. We discover how they skilfully cope with life’s challenges and witness their desire to break free from the cycle of violence which has built their identities.